“The global fight against malaria is being threatened by growing resistance to powerful new drugs which have become one of the most important weapons in the battle.

Experts say that the medical effects of artemisinin-based compounds, being used to treat people around the Burma/Thailand border, are weakening. Where there were once apparently miraculous recoveries of children treated with artemisinin-combination therapy (ACT) now the treatments take longer to be effective”

Okay. Did the Matrix forget Olive?

Okay. Did the Matrix forget  The Honey in the Hive ?

WHO doesn’t really want you to know about these “remedies”.

Olive leaf teas were the predecessors of today’s olive leaf extracts. They first became popular in the 1820′s as a treatment for malaria.

It is hard to imagine today just how great a plague malaria used to be all over the world. Anywhere there was standing water and a dense population of human beings, malaria-bearing mosquitoes quickly appeared.

Decades of eradication efforts have eliminated malaria from most of the industrialized world, but malaria was once a leading cause of death, especially among the young and healthy. Even today, however, approximately 225 million people in the developing world, especially in sub-Saharan Africa, are infected with the disease.

The first treatment for malaria that actually worked was quinine, made from the bark of the cinchona tree, found in Bolivia and Peru and brought back to Europe in the 1600′s. The demand for quinine, however, outstripped demand, so the doctors of the time searched for other herbal remedies for the disease. In the 1820′s doctors begin to prescribe teas made of olive leaf, and a blend of strong olive leaf tea and wine known as Tinctura Olea Foliorum.

Olive leaf had the advantage of being locally available throughout much of Europe and the Middle East, and much less expensive than quinine. Later in the 1800′s, chemists isolated a compound they called oleuropein from the leaf.

Oleuropein has also been found effective against strains of malaria, including plasmodium falciparum, plasmodium vivax, plasmodium ovale and plasmodium malariae. Malaria is a protozoan infection characterized by fever, chills and profuse sweating, and occurs primarily in tropical regions.

Malarial infection can occur by transmission of the protozoa parasite following the bite of an infected Anopheles mosquito. First the sporozoites multiply in cells of the liver, then after a period usually lasting 2-4 weeks, the parasite may invade the red blood cells. Next, the merozoites may multiply before being released into the bloodstream. Antimalarial activity was reported by clinicians in the 1850s who administered decoctions of olive leaf to infected patients. In 1906, scientists claimed that olive leaf extracts were superior to quinine, the primary treatment of malaria at the time. Since malaria has developed resistance to many of our present day drugs, clinicians may want to consider olive leaf extract as an addition to the treatment of malaria once again.

Fungal and yeast infections have been the focus of a great deal of attention from many health care providers. A major contributing factor to this increase is theorized to result from the overuse and overprescription of bacterial antibiotics. These substances, once believed to be a panacea or cure-all, are now realized to have resulted in superstrains of antibiotic resistant bacteria that are increasingly more difficult to treat.

Furthermore, the natural bacteria living on our skin and mucous membranes (such as the lungs and intestinal tract) provide a blanket of protection from other harmful organisms. These microbes secrete substances that may be toxic to other invading organisms and either benefit or have a neutral effect on our bodies and cells.

In a new era of anti-malarial treatment it is important to examine the use of past drugs and to determine which drug use practices are most likely to preserve drug efficacy and to examine their specific importance across a range of malaria endemicity settings.

High recombination rates associated with high malaria transmission found in much of sub-Saharan Africa [1] have the potential to delay the emergence of resistance by disrupting associations between the multigenic components of resistance [2-4]. This consideration is important when resistance is multigenic, as is the case with chloroquine, quinine [5,6] and SP [7], and will certainly be the case with the new artemisinin-based combination therapy (ACT). Mathematical models indicate that drug coverage is the primary determinant of drug pressure and the driving force behind the evolution of drug resistance [3,4].

These models show that where the basis of resistance is multigenic, the effects of selection can be moderated by high recombination rates, which disrupt the associations between co-selected resistance genes. In this study, the interplay between drug coverage, and the frequency of resistance genes in Plasmodium falciparum populations were examined in a highly endemic region of Africa [1]. Genetic changes occurring in the parasite reservoir of two rural sites in Tanzania were measured over a period of transition from low SP coverage while chloroquine was first-line treatment of uncomplicated malaria to higher coverage after SP became the first-line treatment. 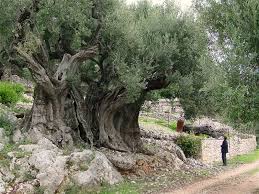 Late in the 19th century, scientists investigating olive leaf’s medicinal properties isolated a phenolic compound, oleuropein, and determined it to be part of the olive tree’s powerful disease-resistant properties. It is present throughout the olive tree and is the bitter material that is eliminated from the olives when they are cured.

In the 1850′s, medical reports described how olive leaves cured malaria. In 1969, Upjohn Pharmaceutical Company researchers performed laboratory studies on the effect of elenolic acid (the active ingredient in oleuropein) on viruses and found that it killed every virus that it was tested against.

Many studies have been performed throughout Europe and the United States scientifically backing olive leaf extract as a strong antiviral, antifungal, antibacterial, and antiparasitic agent, and it does not harm beneficial bacteria.

Most, if not all, man-made antibiotics suppress the immune system. Overuse of these drugs has created a crop of ‘superbug’ germs (streptococci, staphylococci, mycobacteria, clostridia, pseudomonas, salmonella, etc.) that are completely unaffected by modern antibiotics.

A New/Old Healing Bonanza for Mankind

Olive leaf extract may offer considerable potential in the treatment of tropical infections such as malaria and dengue.

Malaria is caused by parasitic protozoans injected into the body by infected mosquitoes. Protozoans, in case you are interested, are one-celled organisms, the simplest creatures in the animal kingdom.

As far back as 1827, reports have appeared in medical literature indicating the benefits of olive leaf extract in the treatment of malaria. In 1906, one report stated that olive leaves were, in fact, superior to quinine for malarial infections. Quinine was preferred, however, because it was easier to administer. In studies performed by the Upjohn company, calcium elenolate, the substance within oleuropein, was found to be effective against the malaria protozoa.

Now in tablet form, there may be renewed interest in olive leaf extract as an anti-malarial agent. Preliminary reports from Latin America are promising.

A full-fledged case of malaria at a clinic in Mexico was totally cured with a dosage schedule of two olive leaf extract supplements every six hours. A clinic report said that the 34-year-old female patient made a steady recovery and after six months, “she was without any of the malaria symptoms, not even anemia or shivers. Her breath is good. Her state of mind excellent and she does not show any signs of chronic or contagious disease.”

3 thoughts on “Olive Can Cure Malaria? And WHO doesn’t know?”

This site uses Akismet to reduce spam. Learn how your comment data is processed.

Mailed to you once every 2 weeks.